To: Christopher Hitchens
From: Rob Neppell
Re: Slacking

At the risk of being morbid (although memoir does a well enough job of going there), I simply wanted to make one thing clear.

You are not allowed to die.

Not yet, at least, and certainly not anytime soon. Your work upon this earth is not done, and frankly, your continued presence upon it annoys all the right people. Including me, at times.

I hope sincerely that your treatment is successful, and that your recovery is speedy and complete. Your voice remains needed, and I hope we shall not be without it for long.

is out, and Petraeus is in as commander of our forces in Afghanistan.

However, the bizarre part is that in making this choice Obama is also (reportedly, waiting for a source to link to) keeping Petraeus in charge of CENTCOM — thereby making him his own boss, and oh, yeah, assigning two 24/7/365 jobs to a single man.

On the one hand: this was a cowardly choice by Obama. Picking the closet thing we have to a saint in uniform per the American public’s perception is a safe choice for him — if it all goes to hell, how could anyone say he didn’t put the A team in? Nevermind that demanding a single man do CENTCOM and AFG is insane. Heck, why not just have him be Chair of the Joint Chiefs and hell, SecDef too? Way too much redundancy up there, Petraeus can do it all! It’s not like he’s been showing any signs of fatigue or need for rest.

But on the other hand: I’m starting to think this is a good thing. Because the real net effect will be that, with his CENTCOM responsibilities still intact, Petraeus is going to have to pick someone he trusts to actually be on point for Afghanistan. He’s got to have a second-in-command with undiluted focus on that single war if he himself is still going to be keeping one eye on the entire command.

So Obama has done what he does best: vote “present”, and punt. But in this case, he’s punted to someone who actually knows what they are doing. We may not agree with Petraeus’s exact personnel choices (of which I assume there will be many, not just the second-in-command I note), but I feel certain he’ll make them for better reasons and with better rationale than Obama.

Bad policy/governance, generally. But in THIS case… thank God !!!

My first Father’s Day as an actual dad. Twice over! 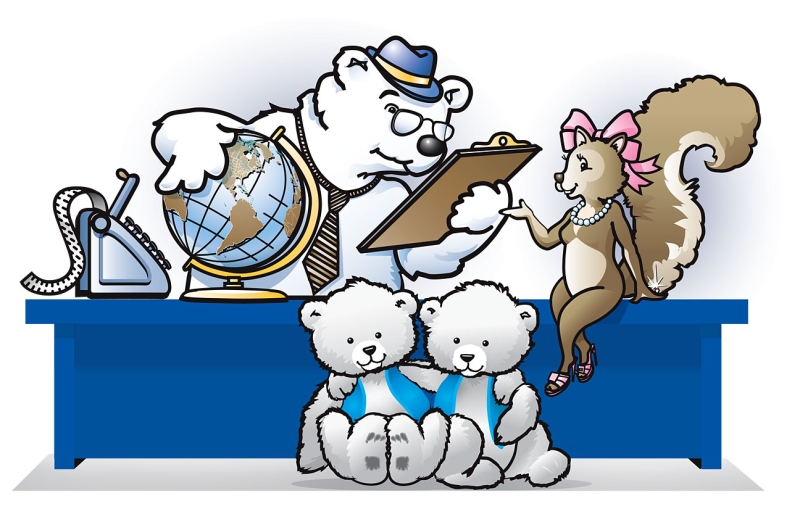 I’ll spare you a treatise on the joys of fatherhood, and simply say: it’s joyful, especially when you are as lucky as I to have two wonderful, amazing, adorable cubs.

” being a snippy dweeb requires a certain amount of finesse.“